Dog pack mentality is a particular kind of mentality that results from being part of a group and being pushed around by the group. It shows up in people who are over-confident in their own abilities and results, who feel entitled to do whatever they want, regardless of the consequences, who think that because they chose their teammates over others (or were chosen), then they must get something out of being part of that group.

This attitude gets into all kinds of situations:

– When someone else has more experience than you do and they decide what should be done instead of looking at your work (since you didn’t do it first).

– When someone takes credit for your work when nobody else did it.

– When someone makes assumptions about your abilities or willingness to take risks based on little or no evidence whatsoever – this happens because dog pack mentality is so deeply ingrained into our psyche that we don’t even realise where we’ve fallen into it until we’ve fallen out again. Because once you’re in a situation where you think your contribution is more valuable than any other person’s contribution, then suddenly “everyone else” isn’t good enough for you and guess what? Suddenly everybody thinks that way too! And then suddenly everybody starts making decisions based on how “everyone else” feels, rather than on evidence or logic or experience…

(And while all this is going on, some people will still insist that “we’re just following the herd.” This can happen even when nobody’s pushing anyone around.)

Now obviously not everybody falls into dog pack mentality. Some people are

Description of dog packs and how they work

In dog pack mentality, the pack is the group of dogs. They are all wolves. The leader is the alpha wolf and he is always right. The submissive puppies are always bad and need to be punished. The dominant cheetahs grab any opportunity to hunt rabbits (or anything else) without having to worry about the fact that they may get eaten by a crocodile just outside their territory.

If you’re an entrepreneur, I would strongly suggest you avoid this kind of thinking at all costs! If you want to form a company, your company is different from any other company you have ever seen or heard of: it’s yours. It’s going to be different than any other company you’ve ever seen or heard of: quickly it will become a dog pack too! You can never be part of a wolfpack again! And even if you could, I don’t know how well that would go over with your investors…

How the principle works in a business setting

Like any group of people, the dog pack mentality is common. And like any group of people, we can all do a better job of dealing with it. Doing so requires seeing the issue from different angles — and that requires doing ‘dog’ work (our own individual work). Dog work is about thinking through tough questions about customers and their preferences. Dog work is about stopping and asking “why?”

In a business setting, there are three parts to this:

1) You need to stop and ask “why?” all the time. Is this really what your product does? Why are your customers paying for it? What does it do for them?

2) You need to be slow enough to let your customers tell you why they bought it (and what they got out of it). A good way to do this is by collecting data on customer usage patterns and sales history. This gives you a very good picture of what your customers are thinking and feeling, which can then be used as an input into product design decisions.

3) You need to be fast enough to give the customer an answer at the same time they ask themselves those questions — that answer needs to be one which hits two key points: It’s right for them. And It’s right for you (and other stakeholders too!). If you don’t have time for each, you may not have time for both.

The other part of dog work is also important: you need to make sure that as many stakeholders as possible understand what is going on here, including competitors, industry peers, regulators and so on. This involves working closely with all stakeholders involved in making decisions around your product — these include engineers in product design; lawyers in legal matters; bankers in finance; lawyers in marketing/PR; PR managers; analysts/experts in financials etc. etc.; especially if you want things done well before launch (which will require constant communication with these parties).

This article by Gary Vaynerchuck offers some advice on how best to handle this kind of situation: “There’s no single solution or formula for handling a company’s crisis or turning around its business — but there are some simple things that every CEO can do.” These include asking yourself some questions like “Why should I care?” or “Why should I act now?” as well as having discussions with people who know more than you do such as investors or bankers (for advice on this last

If you are a startup, there are several ways you can go about building your company and growing your team. The most obvious, and often the easiest, is to recruit all your talents and experience into one place (a “dog pack”). The problem with this approach is that it doesn’t scale. It’s easy to convince people you’re a good idea, but hard to convince them that it’s a good idea for them. Doing so requires continual communication across the whole company, which could easily end up being expensive for everyone.

In my experience, the alternative is much more sensible: you need a dog pack of people who have different skillsets (or different degrees of skill) in different areas. This way not only does it scale better but also gives everyone from the founding team to the junior salesperson or engineer a chance to grow into their respective roles by interacting closely with them. If I were building a startup today, I would foster this sort of diversity among my people much more than I do today…

In this post, I’ve been discussing a topic that has been around for ages: the problem of “dog pack mentality”.

There is a strong tendency to discourage people from working separately, and instead promote them to work as part of a team. The result is a lot of bad behavior: inability to communicate ideas, avoidance of conflict, and so on. The result can be a huge productivity penalty that leaves no time for creativity or exploration.

In an ideal world, everyone would be able to work independently and directly, without other people influencing their decisions or telling them what to do. But that’s not realistic in any organization (even an open one). As such, it may be necessary to make some compromises on the kind of people who join your company — especially if you plan on using them for long-term projects (for example, by hiring others for only part time work). You may even need to cut back on the number of people you hire altogether (though this can often be offset by hiring less experienced people in areas where they are already highly skilled).

I have said before that there are two kinds of companies: small ones that operate as single entities and big ones that operate as teams; the former will tend towards dog pack mentality while the latter will be much more likely to avoid it. In either case you should expect individuals who come into your company with high motivation and self-motivation rather than fear at opening their mouths — but if you have recruited too many people with fear — your effectiveness will suffer. 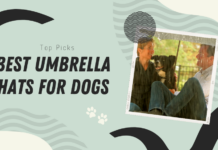 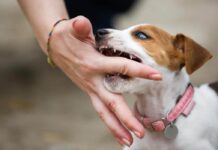