Home Dog Puppy Socialization – What, Why and How 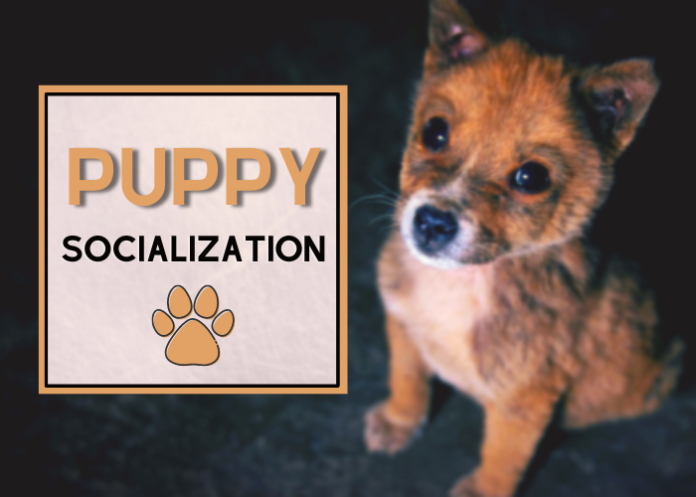 According to popular opinion, the most sociable breeds of dogs include the Labrador retriever, Poodle, Boxer, and King Charles spaniel. At the bottom of the list, you can find the Alaskan malamute, Chihuahua, Doberman, and Yorkshire terrier.

Things are rarely what they seem though and the truth of the matter is that any dog can be as sociable or unsociable as YOU make them! You just need to know how to socialize your puppy, when to do it and why it’s vital to your dog’s development.

What Is Puppy Socialization?

A definition would sound like this: the introduction of new experiences, repeatedly if possible in order to help the puppy learn how to react and interact with these experiences in a good way and without being frightened. These new experiences all fall within what’s known as the four S’s – sounds, sights, surfaces, and species.

Socialization is also a time, a critical period of a dog’s life. It is thought that although socialization will be built upon throughout a dog’s life that the foundation has to be laid, and most of the work done in the first sixteen weeks. The door will slam shut on socialization at this time!

Why Should We Socialize Puppies?

There are many reasons you should socialize a pup, one of the most important reasons being that you have a very little window of opportunity to complete this vital task; vital to your dog for its happiness and well-being and vital to an owner to ensure good behavior and a well-balanced member of the family.

Well-socialized puppies will turn into dogs that you can take anywhere knowing that they will meet, greet and interact with people and other dogs in an acceptable and friendly manner. They will cope with life’s curve balls and carry on regardless. You won’t have to change your route because there is another dog coming toward you and your dog. You won’t have to create or put your dog in another room because you have visitors.

Dogs are very sociable animals and need good interaction with other dogs, their owners, and people, in general, to be happy and well-balanced. When socialized well they will thrive on life’s new experiences and enjoy an active social life with all around them.

Puppies that have not been well socialized tend to be shy, unconfident, scare easily, suffer from anxiety, and are generally unhappy. Their behavior will be inflexible and they won’t respond to change or new things well. They’ll more than likely plod along just fine whilst in familiar environments encountering familiar things but when faced with something new they will fall apart.

In some cases, a lack of socialization can lead to serious problems. It is entirely feasible that a dog that has not been acclimatized to noise will start to refuse to go for walks at noisy times of the day. If you do manage to get them out, they may slink along rather than walking with their tail between their legs and constant pulling on the lead towards home. 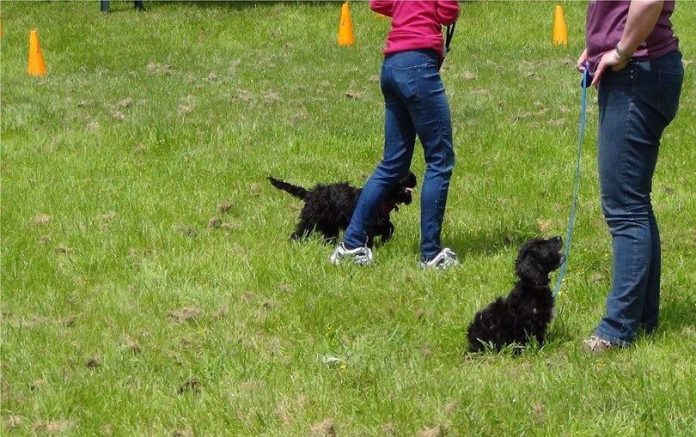 Other dogs may start acting aggressively towards people, other dogs and objects that they are unsure of. They will learn early on that anything they are unsure or afraid of they can keep at arm’s length by acting in an offensive manner. To learn more, you should definitely check out this article on fear aggression in dogs.

It is a sad fact but a far higher number of dogs given up to shelters and euthanized are for behavioral problems rather than medical issues. According to the American Veterinary Society of Animal Behavior, the number one cause of death (euthanasia) for dogs under three years old is behavioral. No one wants their puppy to fall into that statistic and with good socialization, they don’t have to!

When Do You Socialize a Puppy?

For the first eight weeks of a puppy’s life they are taught social skills by their mother and the rest of their litter. This is one of the reasons a puppy should not be removed from its mother before being eight weeks old. A responsible breeder will always show you a litter of pups with mum proving among other things that the puppy’s socialization has begun. 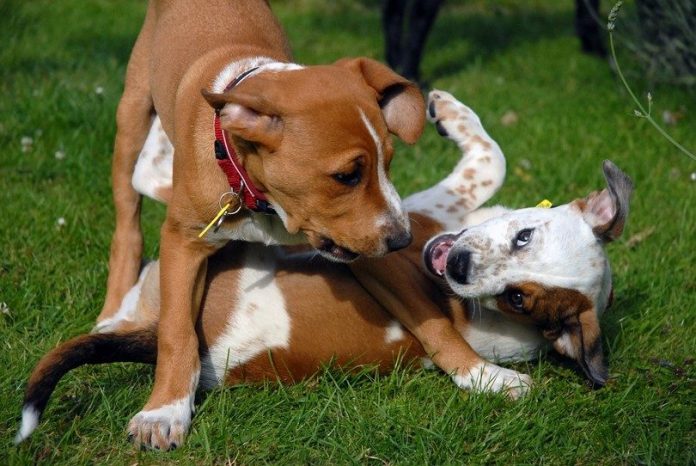 The next steps are up to the puppy’s new owner. They have a maximum of eight weeks to complete the majority of puppy socialization. As has been said before, the ability to complete this vital task will end when a puppy reaches sixteen weeks old.

The First Step to Socializing a Puppy

Before you even begin to socialize a puppy you need to stop and think about what you are trying to socially acclimatize them to.

There are many things your puppy will become accustomed to naturally due to the frequency that they will see, hear and experience them every day. These might include:

The children playing will be unknown to your dog, the environment will be different and there will be a range of different sounds. Your puppy will need to acclimatize to familiar sights, sounds, species, and surfaces presented in different contexts. 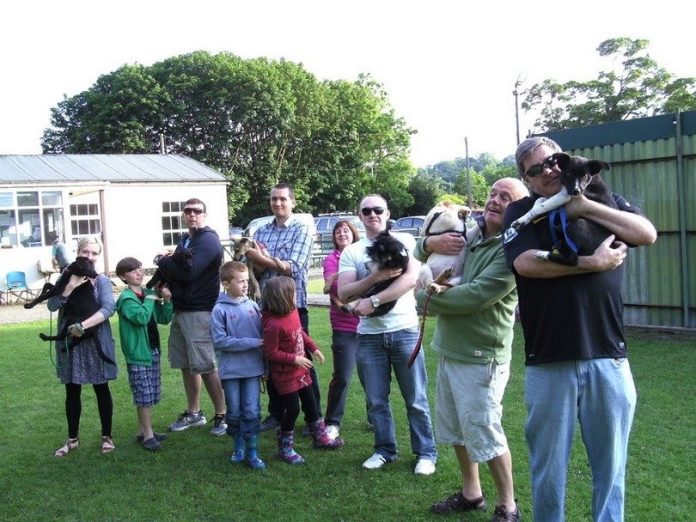 Wherever you go with your puppy there are bound to be new experiences. Brand new sounds, sights, species, and surfaces await them. Some of these they will encounter frequently, some occasionally and some rarely. It is occasional and rare and really needs to be concentrated on.

Sounds — fire engines, ambulances, reversing trucks, birdsong, loud bangs, music, fireworks, etc. Your puppy more than likely will hear all of the preceding noises at some time in its life. Familiarising your puppy with these sounds can be difficult due to lack of frequency but it isn’t impossible. You can download all these sounds and more from the internet and then play them on a regular basis for your puppy.

People — your puppy will meet many, many different people in its lifetime and every person will be different in some way to them. Wheelchair users, cyclists, skateboarders, walkers, runners, men with beards, women wearing hats, different races, children, the elderly, etc. All these will likely be unfamiliar to your puppy and you will need to introduce your puppy to them. Try to find as big a chunk of society as possible by walking them in public places.

An extra facet to unfamiliar people and your puppy is that due to the ability of a person to change their appearance and to be participating in different activities when they encounter your dog, your dog may react in different ways even to the people it knows. Do not take for granted that your dog will greet and treat your best friend who has grown a beard in the same way as they did when they were clean shaven.

Animals — most puppies will come across other dogs, puppies, and the local cats. However unless you live in the country your puppy is unlikely to see rabbits, sheep, horses, cows, fish etc. It is worth remembering at this point that socialization with the local cats will more than likely mean your puppy will not see them as prey when they get older. It is also worth noting that just like humans, dogs will not necessarily get along with every dog they meet. Moving back to unfamiliar animals, take your puppy to as many places as possible where they will encounter them.

Surfaces — whilst carpet, hard flooring, concrete and grass will be your dog’s domain, cattle grids, wood chip, gravel, sand, leaf covered paths and rocky areas probably will not be. Many a dog owner has to do a detour to avoid areas their dogs just will not walk on or through. Again, this is easily solved by taking your puppy to places with these kinds of surfaces as regularly as possible.

How Do You Socialize a Puppy? 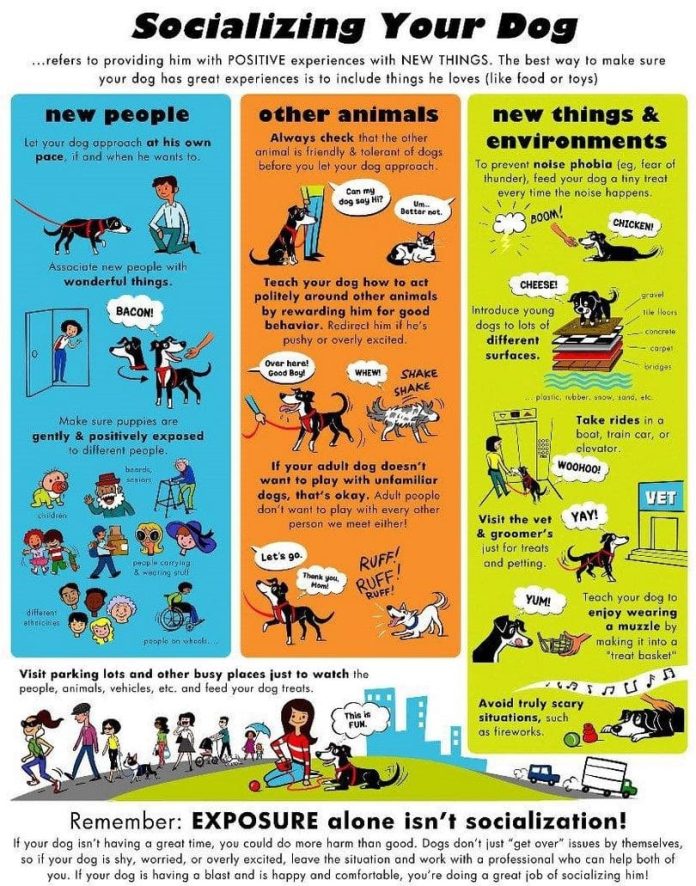 Firstly and most importantly you must only introduce a puppy to new places, situations, objects, sounds and people when YOU can control the experience COMPLETELY. It is an owner’s job to protect a dog from and in any situations which unnerve or frighten them. An owner must be the pack leader at all times.

Never force a puppy to interact with someone or in a situation that makes them nervous or afraid. Allow them to retreat from the situation or gently remove them yourself and reintroduce at a later stage.

Understand why and when your puppy shows fear or nervousness. Do not cuddle your puppy or make a fuss of them when they show fear it will only reinforce it. Instead show your dog that you have control of the situation and that it has no reason to be afraid.

Do take a puppy everywhere you can even if it means carrying them. Prior to vaccinations it is best to not allow a puppy to have contact with unknown dogs or places with high infection risk. Places you may not think of taking a puppy but should include: pet stores, shopping malls (as long as allowed), cafe, pub gardens, gas stations, car wash, farms, police stations, building sites etc.

Always reward a puppy’s good social behavior. Carrying their favorite treats and offering one on successful interaction or non-reaction is usually the best kind of reward.

Know what signals you are sending to your puppy. Make it clear that you are enjoying meeting new people and encountering new things and your puppy will more than likely enjoy it too.

Take things slowly. If you are introducing your puppy to a new person or a person you have asked to do something unusual, for example wear a hat or glasses etc and your puppy shies away, let them. Get your friend to sit somewhere and completely ignore the puppy. Allow the puppy to engage in its own time. Don’t lure with food, this pulls the puppy out of his comfort zone.

When out and about with your puppy ask people for help. You will find most people more than obliging especially since you are walking or carrying a cute bundle of fur. Try to approach different kinds of people so your puppy is exposed to a good variety. 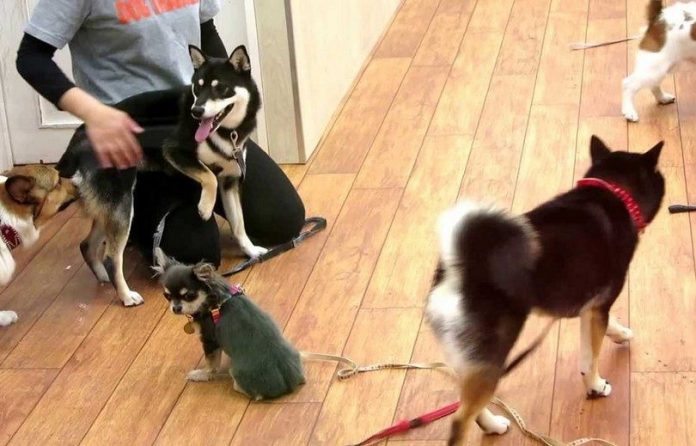 Introduce your puppy into small groups of dogs before plunging into dog parks or other places you will find large groups. Always try to introduce dogs on neutral ground. Dogs can be territorial and introductions in yards and houses can lead to aggression.

Always ensure first meetings are on lead and ask other owners if you and your dog can approach before doing so. When approaching, keep the lead loose so your dog feels calm and able to maneuver. If you see another dog off-leash watch for its body language.

The last thing you want is an aggressive encounter with another dog that may affect your puppy’s relationships with all other dogs forever. In order to avoid this becoming a bigger problem, be sure to read up on dog aggression and how you can help your dog overcome it.

When allowing dogs to play together make sure it is in a controlled way and be ready to intervene if play becomes too vigorous or there is any sign of aggression.

If you feel you need a little more help you could always enroll your puppy in socialization or behavioral class. You will find these being run up and down the country, and even if you are being successful can be a great place for you and your puppy to find and make new friends. The trainers there will specialize in how to socialize a puppy and will be able to help with any issues you may have.

Whichever route you decide to take, follow the guidelines here and you will have a well-socialized happy puppy that you are confident you can take anywhere. 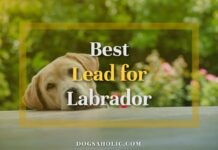 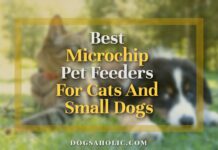 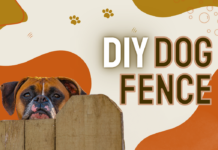