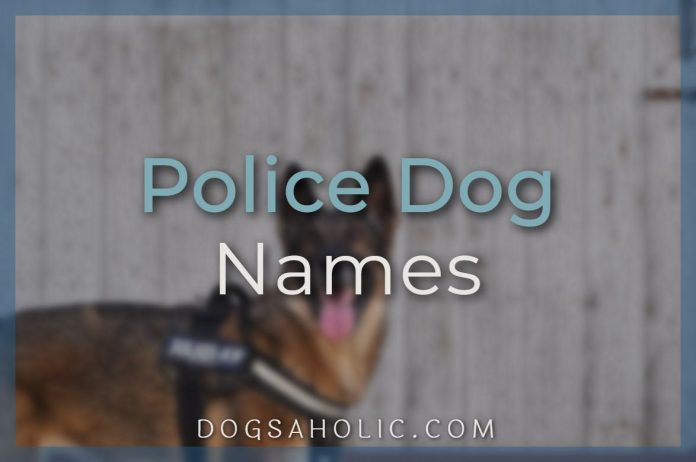 Strong and courageous—these are just some adjectives that come to mind when you see a police dog. We all know that they serve our nation not only to help catch the bad guys but also to detect threats before they even happen. Perhaps you want to name your new pup after a famous police dog so they will grow up to be just as courageous. Or perhaps you really have a police dog. Either way, it can be difficult to find names that do them justice. Luckily, we have a list of police dog names you can check out.

Your partner should have a name that is worthy of their proud heritage as courageous dogs. While it is alright to call them names like Fluffy or Cookie, it would be best to go for ones that are worthy of their strength, intelligence, and bravery. You need a name that does not only honor their position but also gives them dignity. If your dog will enter the law enforcement field, when they are introduced to the public, you want people to remember the name and think: “that’s one brave police dog.”

In this article, we will talk about names that you can give your K9 friend. We have names that fit their personality, characteristics, and names that we think are befitting their position. In some cases, K9s already have names given to them when they were in training, but the names we are about to suggest to you will suit a household pup just as well.

They have many duties such as sniffing out bombs and contraband. They also aid in rescuing and finding survivors during disaster situations. Police dogs are chosen because they exhibit great intelligence, stamina, strength, and loyalty. They work alongside their human partners to complete dangerous missions quickly and safely. They are even deployed in war zones to help soldiers during combat.

If you’re on the hunt for cool and tough-sounding police dog names, your chase ends here. Check out our list below. We divided our name recommendations into several categories to better suit your needs

Do you have a male dog or a female dog? Don’t worry because we have a list of names for both boy and girl police dogs, as well as some gender-neutral ones.

Strike fear into the hearts of criminals with intimidating police dog names male such as:

Not all police dogs are male. There are also many police dogs that are female. There are plenty of great names for female dogs that have training in tracking, narcotic detection, rescue and even personal protection. When people hear these police dog names female, they will know that your dog is intelligent, confident, and strong.

Here are some female police dog names suggestions that you can consider using for your buddy. They evoke respect and integrity.

If your focus is on tough-sounding police dog names and you’re not all that concerned about gender, some of the names below may be of use because they are not gender specific.

These are honorable names for good boys and good girls who are working hard to help keep the peace.

Picking names by the dog’s coat color is an easy way to name your police dogs. However, always remember that you want to honor your dog’s work and want to preserve their dignity.

Consider avoiding names like “Cutie” or “Pixie.” These are good dog names but not really appropriate for animals that work to preserve your safety.

These are great names for solid-colored dogs, but not all dogs are solid-colored. Some police dogs are spotty or have mix colored coats. Consider names such as:

Dogs have different personalities just like their owners. Naming them after their personalities is a great way to show their traits to other people.

Most police dogs are trained to be strong and tough. Many of them are also very smart. Here are some name suggestions that have these characteristics in mind:

Police work is very serious. In some cases, dogs and their handlers are put in dangerous situations that put their lives and those of others at risk. The names mentioned above convey the grave peril dogs have to go through to serve and protect not only their masters but the community too.

Dogs in movies can provide inspiration. Even though they may not be real K9 dogs, they are still smart and obedient.

Their stories inspire bravery, kindness, and knowing the differences between right and wrong—perfect for police dogs. You may also name your partner after your favorite dog character to convey your fondness.

Comic fans need not fret because we have a list of dogs names inspired by comics and cartoons too.

While we all love Odie in Garfield and Snoopy, we won’t limit ourselves to these names. Instead, we’ll go far and wide with:

Names from comic books can be nostalgic for many dog owners and handlers. These names are usually associated with our childhood and can evoke many happy memories. These types of names are great to give to police dogs because it is important to remember happy childhood memories when you’re fighting crime.

Didn’t find anything that catches your fancy from the lists above? No worries! We’ve got some other suggestions for you.

How do you pick a good name for a police dog? Humans usually go for cute names or names of a favorite or sometimes their loved ones.

But dogs are another matter. Dogs want their names to be distinct, short, and if possible, sharp. Now you may be wondering what we mentioned sharp-sounding names for when this list was supposed to be for funny names, but funny names can inspire authority as well!

K9 and their handlers often face dangerous situations when they’re on duty, and some funny names can help ease the tension. We know that police work is serious but as they say, “laughter is the best medicine” and some of us can use a good laugh to diffuse the situation.

These names are quirky and entertaining, but it’s always prudent to ask permission from the higher-ups first, especially if you’re renaming a highly trained K9 buddy. If you want to name a police dog a funny name, just remember that you need to preserve their dignity so that your K9 partner does not lose face especially if you call them in front of other people.

Why German, you ask? Why, because the most iconic police dog breed is the German Shepherds, of course. The list of names below is carefully selected for this intelligent and loyal dog breed. Let’s hope that you can find a name that befits your GSD.

Just remember that there is no wrong or right way to name your German Shepherd. You can also choose names that are not German in origin. You can be as creative as you want for your police dog’s name.

It is also good to note that police dogs come in different breeds. While GSDs, Rottweilers, Labs are common, smaller dogs like beagles, cocker spaniels, and schnauzers are also used by law enforcement agencies around the world.

For example, good tracking dog breeds (used to hunt down fugitives) include Bloodhounds, Collies, and Australian Shepherds. These dog breeds are also used as cadaver-sniffing dogs.

Schnauzers (all sizes), basset hounds, and beagles sit with their handlers in airports around the world sniffing passengers from afar to find traces of any illicit substances. These breeds can detect illegal drugs, and explosives, and ban foreign food items.

Dogs have been used in law enforcement since the middle ages. In some villages, the community was poor and did not have enough money to pay men to guard their properties. In some instances, the parish constable’s bloodhounds were used to hunt down outlaws. During the rapid urbanization of London, crime skyrocketed, and the city was forced to employ night watchmen. These employees were given weapons and guard dogs to protect themselves from criminals.

We have come a long way from the middle ages. Technology has advanced law enforcement, but the loyal guard dogs remain. We want to call our best friends a name that inspires respect and honor because they have very difficult jobs to do. Finding the right name is easy, especially if you know how.

Some owners and handlers have their names picked out years ago, but you can find inspiration anywhere or just use your imagination. Just remember that police dogs are trained animals that assist police and other law-enforcement personnel when they are working.

These dogs are usually selected because of their intelligence, loyalty, and stamina. You want to pick out a name that represents their ability to protect you or the community. Choose names that evoke respect and show that your K9 buddy is strong and brave.

What do you think of our list of names for police dogs? We’re sure we missed plenty of cool police dog names because the possibilities are endless. If you have any good ones you’d like to suggest, please do so by leaving a comment below. 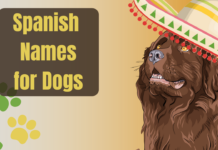 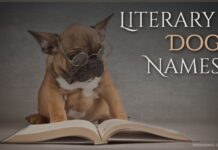 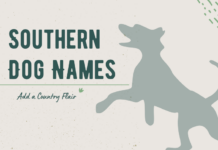