A dog bite doesn’t usually raise particular health problems, but there are cases when the severity of the wound requires hospitalization. According to statistics, children are the most vulnerable to dog attacks. Especially children less than 5 years old should not be allowed to spend time alone with a dog, even if that dog is trained or if it is a family dog. Most kids are good friends with dogs and they love to play together, running after a ball or chasing each other.

The little ones cannot imagine that those sympathetic quadrupeds might hurt them, but unfortunately, this happens sometimes. Dog bites can be dangerous and the person bitten may need hospitalization or even surgery. Dog bite treatment consists of the administration of antibiotics, vaccines, and other mixtures that must be applied directly to the wound. 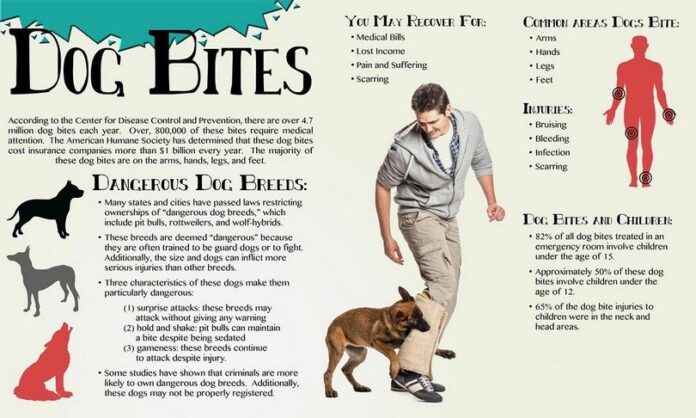 Dogs are responsible for more than 80% of bite wounds. A fifth of those wounds end up getting infected and need proper care. In general, people are bitten by their own dogs or by a neighbor’s dog. Animal behavior is often difficult to understand and unpredictable. Regardless of how docile a dog is, it might attack its owner because of different reasons.

Frequently, bite wounds are produced when dog owners try to intervene and stop a dog fight. In most cases, the victims are both male adults and children, and their lower limbs are most exposed to aggression. However, there are all sorts of other similar cases.

Possible Infections and Their Symptoms

The bite of a dog breaks one’s skin, which is an external protective barrier of the body, and exposes it to the danger of infections, especially if the wound is deep. In addition, there is also the danger of contracting rabies even if that particular dog was vaccinated. The risks are even higher in case of a stray dog bite.

Also, Clostridium tetani, the microbe that causes tetanus, which lives in the upper layers of the soil and in the intestinal tracts of cows and horses, is known to easily infect wounds that reduce oxygen flow to tissues, like those produced by dog bites.

Usually, in the first 24 hours after being bitten, one’s wound should be swollen, red and painful, but it should not stay like that for more than one day. If the symptoms worsen in time, it is almost clear that the wound got infected.

These infections are common because pathogens are basically injected into one’s skin when the dog’s teeth penetrate it. There is almost no way for the bacteria to get out unless the wound bleeds excessively. Moreover, if the dog’s fangs penetrated one’s superficial fascia, he or she might develop septic arthritis and osteomyelitis, which are bone infections.

Although most infections that occur after one is bitten by a dog are localized around the lesion, there are pathogens that can cause systemic infections, such as bacteremia, meningitis, brain abscess, or infective endocarditis. The risk of disseminated infection is considerably accentuated in patients with defective lymphatic drainage in the damaged region, or in patients who have a compromised immune system.

The pathogen C that is inoculated by a dog ​​bite can cause severe sepsis, disseminated intravascular coagulation (DIC), or acute renal failure, especially in individuals who have a background of immunosuppressive diseases, such as cirrhosis, HIV infection, acute leukemia, or chronic leukemia.

There are 2 types of dog bites, as follows:

How to Clean a Dog Bite

Cleaning an injury caused by a dog bite in the shortest time possible is essential in order to prevent infection. Even if the wound requires surgical stitches, people bitten by a dog ​​must follow a few steps to disinfect their wound before going to the hospital.

This is because they might not be considered in a critical state and they might have to wait for one or more hours to receive healthcare. The number of bacteria increases dramatically in time, just like the possibility of infection. 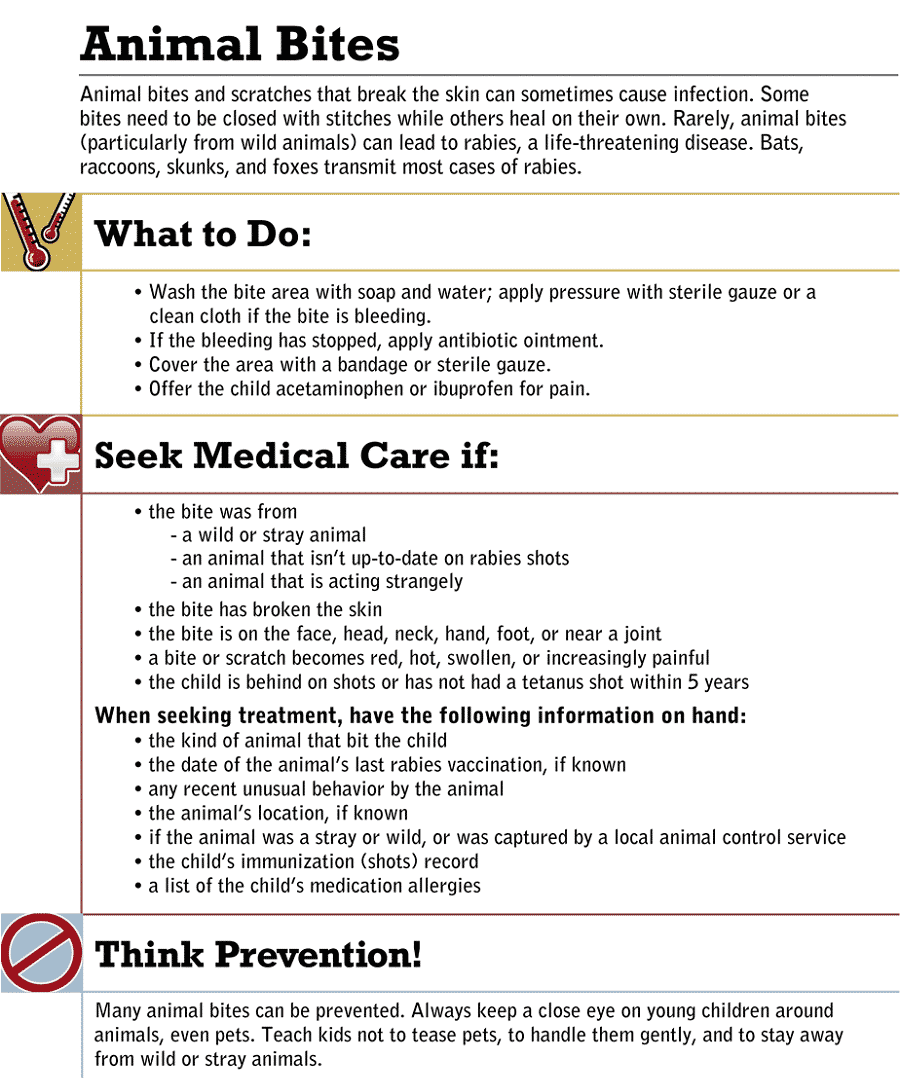 Here are the steps that need to be followed when one is bitten by a dog in order to disinfect the wound:

The doctor is the one who has to assess the wound and the risk of contamination with rabies. Rabies is a serious disease that affects one’s central nervous system. This disease means madness and it can be deadly. The typical incubation period of rabies in humans is between 4 to 6 weeks. During this period, an infected person should not have any symptoms.

However, after more than 6 weeks, an infected individual may notice early symptoms, such as pain and numbness around the wound, fever, cough or dry throat, abdominal pain, anxiety and restlessness that can lead to extreme agitation. The risk of contamination with rabies will be evaluated by the doctor depending on:

After assessing the risk of contamination with rabies, the doctor will decide whether or not to start the treatment for rabies. Also, the doctor might consider administering the vaccine against tetanus. Regarding rabies, there are some things you should consider if you are bitten by a dog or by any other animal.

The treatment for a dog bite is different from case to case, according to the severity of the wound. Some experts do not recommend an early closure of the wounds. If the wound is supposed to be already contaminated and infected, it will not benefit from stitches. Instead, the lesion will be irrigated thoroughly with an antiseptic solution and the devitalized tissue will be debrided.

Also, the doctor will have to remove foreign bodies from the wound, if necessary, such as dirt, hair, teeth fragments, and so on. Subsequently, if it is considered that the risk of infection has passed, the doctor will close the wound using suture wires. Small and uninfected wounds can be stitched later on. As for medication, the doctor will most probably recommend an antibiotic and an acidophilus.

In addition, the doctor will decide whether or not to administer the vaccines against rabies and tetanus. The treatment should not lack vitamins C, A, and B complex, as well as vitamin E.

Rabies prophylaxis will be done in all cases of bites inflicted by wild animals and domestic animals or when an individual has been exposed to infection even in the absence of large lesions or deep scratches. In many areas of the world, rabies is endemic to certain species of dogs and cats. In these regions, public health authorities require regular reports about animal bites.

Also, patients with wounds should be immunized against tetanus geraniums with the DTP vaccine. Previously unimmunized patients will be vaccinated and will benefit from the administration of the tetanus immunoglobulin. In severe cases, in order to speed wound healing, the affected area will be immobilized, especially in the case of one’s limbs.

The Best Known Plants Indicated in Case of Dog Bites

Prevent Dog Bites for You and Kids

How to avoid dog bites with these little tricks.

Most dog bites can be prevented if:

In Conclusion: Caution Is Best

Regardless of breed, a dog may bite. Just because you see a small-sized dog that seems to be friendly, it does not mean it cannot become aggressive at any given time. Even the most beautiful and well-trained dogs could get scared by their own family members and react in an unwanted way. They might feel threatened or you may become too agitated or angry and determine them to attack you.

The reason is not always clear, but being cautious is best. Know your dog, but also be prepared for the worst-case scenario. The consequences of a dog bite are not always serious, but they can be. There were countless cases of people mutilated by their own dogs when they were least expecting it.

Rabies causes annually between 50 thousand and 70 thousand deaths all over the world. 4 million people from over 80 countries where this disease is still present resort annually to treatment after exposure. Rabies is placed on the 10th place on the deadly infectious diseases scale.

Therefore, you should not hesitate and immediately see a doctor in case you get bitten by a dog. The wound itself might be superficial, but you never know what could happen. Do not risk it and try to resort to natural remedies just as adjuvants, not as a replacement for an appropriate treatment. You are not only a danger to yourself, but also to those around you if you don’t seek medical attention as soon as possible. 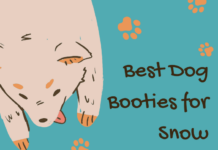 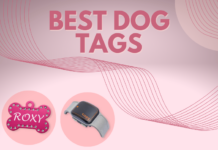 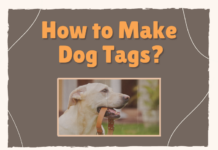