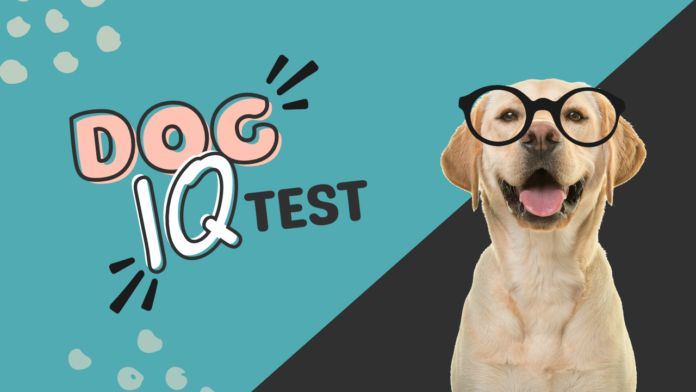 Cleverness is a trait often attributed to individuals that demonstrate a keen ability to solve problems, complete challenges and get around obstacles in both a timely and at the same time safe and efficient manner.

This is more or less the sign of advanced intelligence, and we all know it as being measured by the IQ or intelligence quotient, which is basically the score that you get after completing an intelligence test. 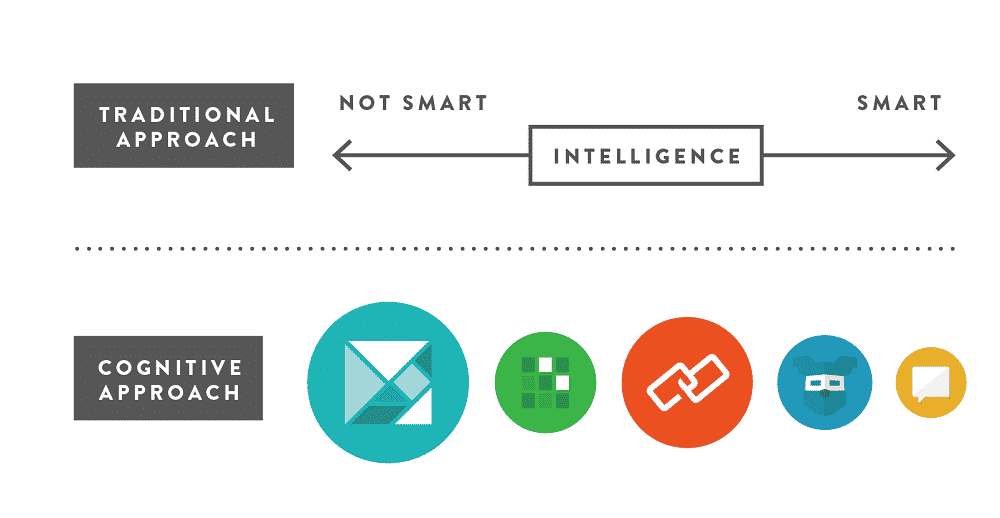 This is a well-known, well documented and rather popular practice in human society, and it is no shame to admit that we all, at a couple of points in our life have tried to raise our IQ levels.

However would you believe that this is a common practice when it comes to dogs as well? Indeed it is always handy to know how clever your pooch is for multiple reasons, not just for bragging rights as people used to claim back in the old days, so let’s have a look and see why the dog IQ test is growing more and more popular and important.

One of the things that make dogs even more important for us, as well as society in general, is the fact that they can more or less have jobs. This implies that they assume roles and take on responsibilities that will contribute in some way to society. That being said, not all dogs are able to take on such responsibilities.

Leaving size and different physical attributes and advantages aside, the key thing when deciding whether a dog is good or not for a working dog position is the dog’s IQ score. This value can clearly indicate if the dog is capable of learning the things that he or she will need to learn as well as adapt to random situations that might occur. 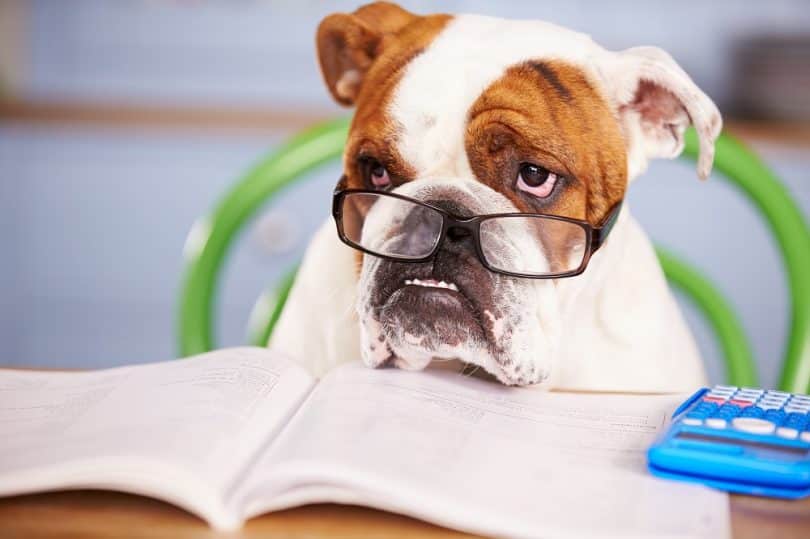 One of the harshest and at the same time ruthless screening that dogs can ever go through is the one encountered before being sent into military service.

Yes, indeed our 4 legged best friends have proved themselves to be worthy fighters and capable support dogs on the battle field. Not all dogs get to fight alongside humans, however the ones that do, often end up saving lives as well as change the tide of battle itself as fast as they can wag their tails.

One of the Most Common IQ Tests Out There

Another similarity between the human and the canine IQ testing and scoring is the fact that, just like the human version, the canine version has a metric ton of versions and grading scales that are not exactly easy to remember and follow, meaning that it is becoming harder and harder to evaluate different individuals of different breed properly.

The most common, however, is the one which was derived from the book “The Intelligence of Dogs”, written by the renowned researcher and sociologist Stanley Cohen.

The reason behind its popularity is the fact that it is more or less the most impartial one out there, rendering the differences between breeds, sizes and other such excuses more or less useless. It is so popular and so well balanced, in fact, that more and more dog trainers are using certain bits and pieced of it to evaluate a dog before starting to work with him or her.

This is not something to help the trainer either accept or refuse a dog but rather for him or her to know the direction that the training will have to follow as well as what to expect from the dog in question.

How This Test Works 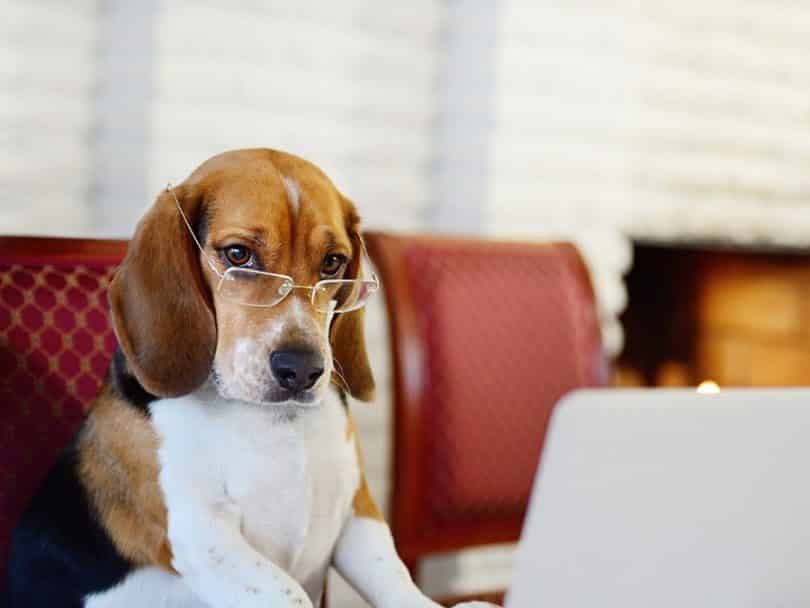 This particular test revolves around both the personality and the level of training that a dog received up to that point in time, as well as the way that the dog itself was brought up.

The test in of itself is easy to administer, and you can give it to your own dog if you want. Who knows? It might turn out to be a fun experience.

First of All, the Scoring

There are 8 tests in total, each one awarding between 0 and 5 points, depending on the result that your dog obtains. Overall, a dog can score anywhere between a minimum of 0 points and a maximum of 40.

Ranking the dog based on the total score obtained at the end of the test is as follows:

Now grab a stopwatch and start putting your dog through the test.

1. Place a treat under a soup can or other such object and have your dog try and get the treat. Scoring is based on the amount of time it takes the dog to get the treat.

2. Suddenly, and without the dog being able to see it coming, throw a towel on the dog’s head and shoulders and see how long it takes for him or her to break free.

3. Place a treat on the floor and place a towel over it. Grab your stopwatch and see how long it takes for the dog to get the treat.

4. Place a treat in the corner of the test area making sure that the dog sees you doing it and let the dog lose, then score him based on what happens. 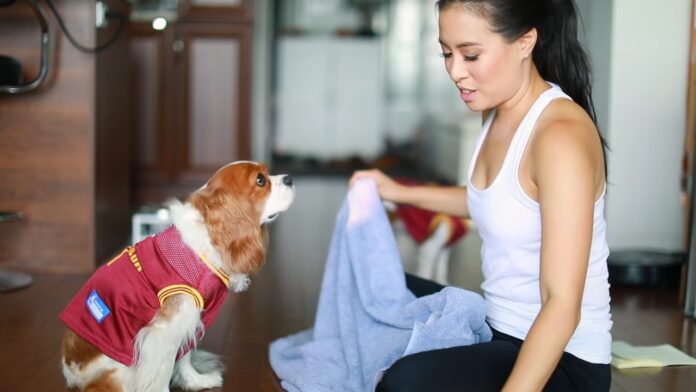 5. After step number 4 has been completed, restrain the dog and place another treat in a different corner of the testing area. Remove the dog form the testing area for 5 minutes (in which the dog must be played with a little) and then return the dog to the testing area and let him or her lose. Scoring, just like on the previous test, is done based on the dog’s actions:

6. Place a treat under a low platform, making sure that it is low and far enough that it cannot be reached by the dog’s mouth or paws and let your dog try and get the treat while you see how long it takes for the dog to do so.

7. This one is a bit tricky because you might need to make a few trips moving your dog from room to room, but here is how it goes: casually leave the dog’s sight by going into the next room, and with a calm voice call out the refrigerator, movies, and then the dog’s name. Call the dog’s name again if he or she did not come the first time you called, in this exact order. Here is how scoring goes for this one:

8. This one will require a bit of creativity on your behalf but nevertheless it is a good test to give your dog. Show your dog a treat through a slit in a large cardboard barricade which is too high to be jumped by the dog, and the slit itself being too narrow for the dog to fit through. You, as the handler will have to keep encouraging the dog to get the treat for exactly 60 seconds and then stop. Use your stopwatch to keep track of the dog’s time and score accordingly:

Regardless of how high or how low the dog scores on these tests, you should not change your opinion about him or her, as well as refrain from taking the tests too seriously.

These tests are more or less designed to test some basic core levels of intelligence that the dog has, and there is no doubt about the fact that regardless of what the score is, the personality and the overall goodwill of your dog will still be the same.

There are other factors that influence this, and even though intelligence is one of them, it does not play a big enough part to actually dictate the entire flow.

Something to bear in mind while testing your dog: these tests don’t take into account the different approaches that dogs can have in solving them. For example, in step number 6, the dog can simply use the muzzle to get underneath the platform, lift it to the side, and proceed to continue to eat the treat.

It might be at the very least interesting to see what approach your dog will have to these challenges, as well as how he or she generally performs. If you are indeed having a couple of doubts here and there, simply focus a bit more on training your dog and teaching him or her a few more things. 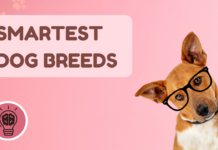 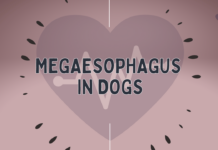 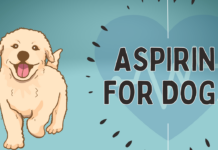