Home Guides for your dog Do Dogs Get Hiccups: What Triggers Hiccups in Dogs & How to... 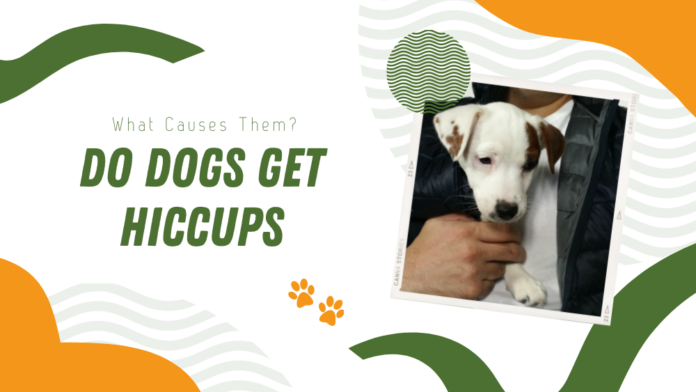 Do dogs get hiccups? If you are a new dog owner, you might be witnessing something that sounds and looks like a hiccup in your pup.

Although you might be tempted to laugh a little when you first notice your pup dealing with hiccups, you could also start worrying and that is really not the case.

Those adorable little creatures just have a normal reaction determined by various factors, which are not threatening for their overall health.

As it follows, you will learn more about hiccups in dogs; what causes them and how they can be stopped. 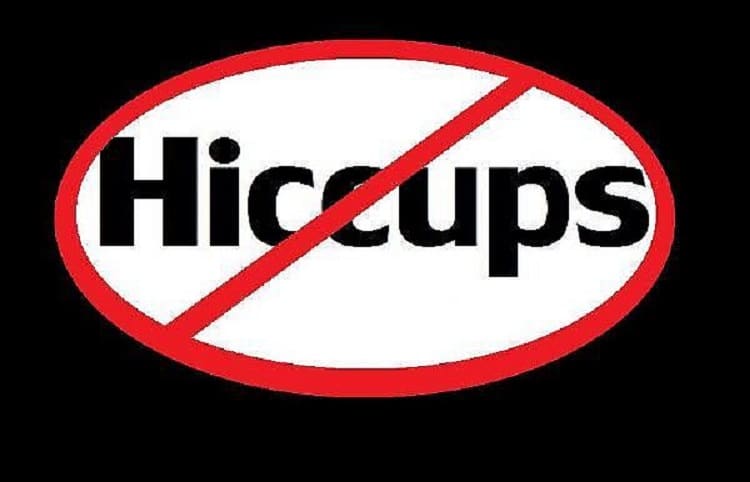 There are very few situations when hiccups are signs of other illnesses, situations which are quite severe and should be taken seriously because there usually is a cure for them if they are detected in time.

Is Your Dog Really Dealing With Hiccups?

Dogs in general and especially puppies really get hiccups. In fact, any creature that has a diaphragm can get hiccups.

This is because the diaphragm is the one that contracts involuntarily and since it is directly connected to some nerves located in the dog’s throat, the dog makes a sound every time it has a spasm.

Simply put, a diaphragm is a muscle that separates the abdomen from the chest and allows lungs to fill with air. The whole process is similar with hiccups in humans and in other mammals that have a diaphragm.

Of course, there are some factors that trigger hiccups in dogs, but, on the other hand, some veterinarians believe that hiccups are a sort of exercise that dogs do for their lungs.

They base their theory on the fact that some puppies get hiccups while they are still in their mother’s womb. Apparently, puppies are supposed to keep getting hiccups until their lungs adjust to the environmental conditions in the outside world.

Considering that most dogs don’t get hiccups after they reach 8 months to 1 year old, they might be right. 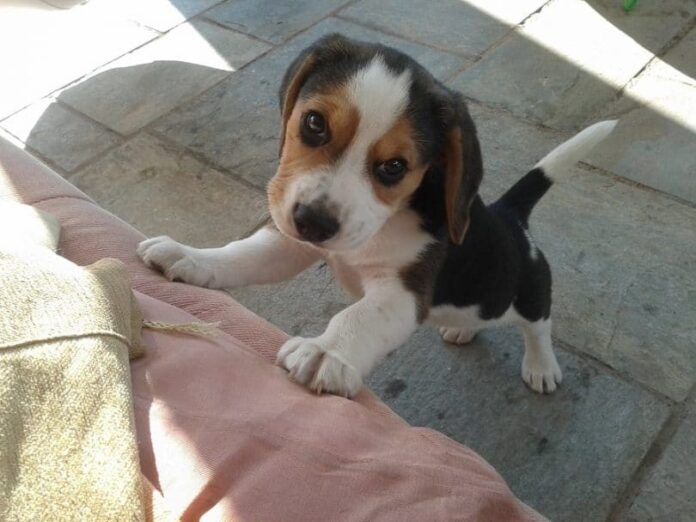 Even so, dog hiccups may be mistaken with reverse sneezing or coughing. There are a few differences between these three involuntary actions that are usually caused by some sort of irritants.

You might think that it would be impossible to confuse reverse sneezing with hiccups, but it is actually possible especially in young puppies that have all sorts of inexplicable reactions and make a lot of weird sounds.

You will find out more about reverse sneezing and coughing, as well as what they could mean in terms of health for your dog in the following lines.

What Causes Your Dog’s Hiccups?

If a puppy or an adult dog suffers from hiccups and it regurgitates food often and regularly, do not ignore these symptoms. 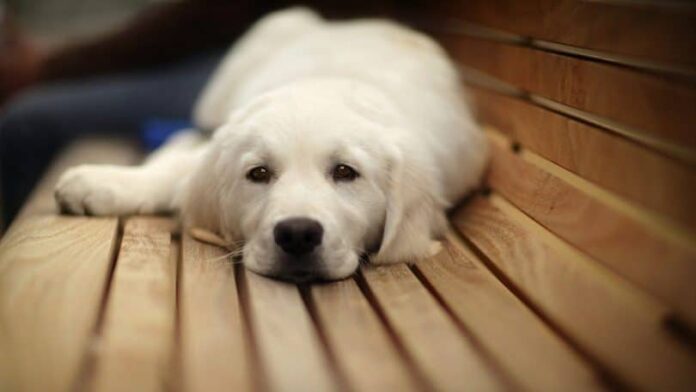 In this case, you must take your canine pet to the vet as quickly as possible. If you have a puppy that doesn’t regurgitate, but which gets hiccups a lot, then you shouldn’t be alarmed.

However, you should keep it under observation in case any other problems occur.

Regurgitation of food after every meal can be a symptom of an abnormal esophagus. In these cases, surgery may be needed, but only the veterinarian can set a diagnosis after reviewing the overall health of the dog.

How to Diagnose Hiccups in Dogs?

A hiccup can’t really be confused with something else. The main idea would be to pay attention to how long a hiccup session lasts.

This is because, vets consider that if a dog goes through a few minutes to a maximum a half hour of hiccups, then everything is normal and the dog owner should not be alarmed.

However, if a puppy or a grown up dog keeps on hiccupping for more than half an hour, then it must be taken to the vet. Since there are other medical causes for hiccupping, the vet should examine the dog and set a diagnosis.

How to Stop a Dog From Hiccupping?

How to get rid of dog hiccups? Fortunately, there are multiple ways you can try to stop a dog from hiccupping, depending on what cause their occurrence in the first place.

The main idea is to calm your dog down when it gets the hiccups because its irregular breathing might make it impossible for it to stop.

There are several ways you can achieve that about which you can find out more below. 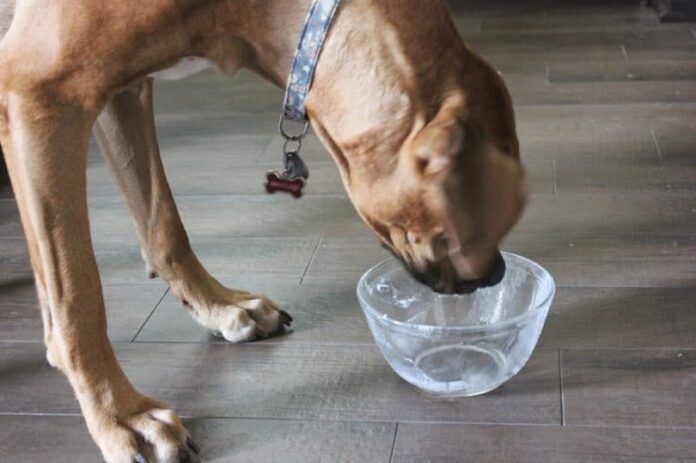 In addition, you should stay calm as well, because your puppy can feel if you get agitated with not reason and it will have a hard time calming down and lowering its anxiety levels.

What Is Reverse Sneezing in Dogs?

Reverse sneezing is similar with hiccups in dogs. Among the dog owners who took their dogs to the vet, were people who have mistaken hiccupping with reverse sneezing.

It is true that the dog’s behavior when it sneezes reversely is similar with hiccupping because it keeps its mouth closed, its head it slightly inclined backwards and it doesn’t spit off anything.

It actually looks like when a person keeps its mouth shut while hiccupping, without releasing any sound. Reverse sneezing may be accompanied by gagging and sometimes vomiting, just like hiccupping.

The reason for reverse sneezing in dogs is to remove irritants or various infections, inflammations or gastrointestinal diseases. Nasal cancer is also a probable cause, especially in adult dogs, so don’t avoid the vet if you are really worried.

How Is Coughing Different From Hiccupping?

Therefore, these signs are very similar with the ones for hiccups. If you aren’t convinced that what your pup has are hiccups, then you should definitely take it to the vet.

Kennel cough could be one possibility, together with other numerous affections that involve the dog’s respiratory system.

Fever, loss of appetite and weakness might accompany a dog’s cough, case in which it is definitely suffering from a serious disease and it needs medical attention.

As said, a dog with hiccups may be perfectly healthy and growing normally, but it might also get hiccups as a symptom together with other ones, fact which should signal a more serious affection.

Among the diseases that could have hiccups as symptoms are heart diseases, asthma, other respiratory diseases, gastrointestinal diseases, pancreatitis, intestinal worms and so on.

As it follows, you will learn more about the possible symptoms that may signal the aforementioned diseases.

It is essential to be aware of these symptoms in order to detect a possible health problem of your dog in a timely manner. 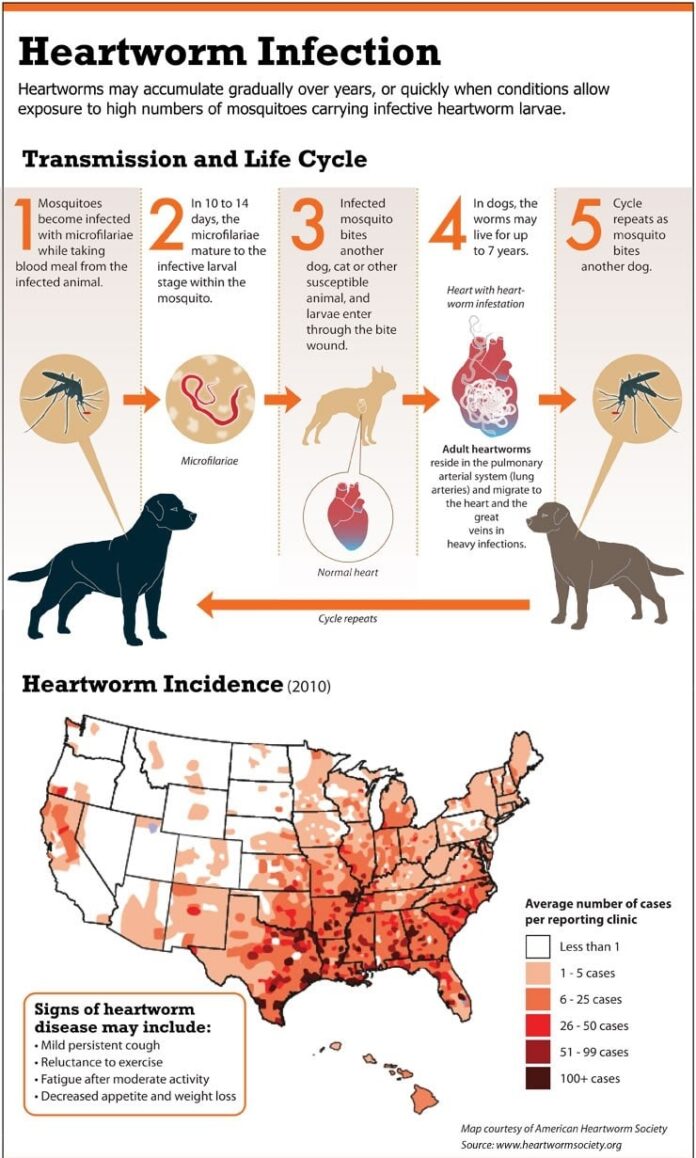 General symptoms of respiratory diseases in dogs: coughing and hiccupping together with sudden changes in the way the dog breathes are important signs, including dehydration, loud and heavy breathing, nasal discharge, sneezing, decreased exercise ability, restlessness and collapse.

General symptoms of gastrointestinal diseases in dogs: vomiting, diarrhea, bloating, loss of appetite, discomfort, constipation. All these may start from what it looks like hiccupping, but you should pay attention to the other ones as well. Things will become clear if the dog will have bloody stools. 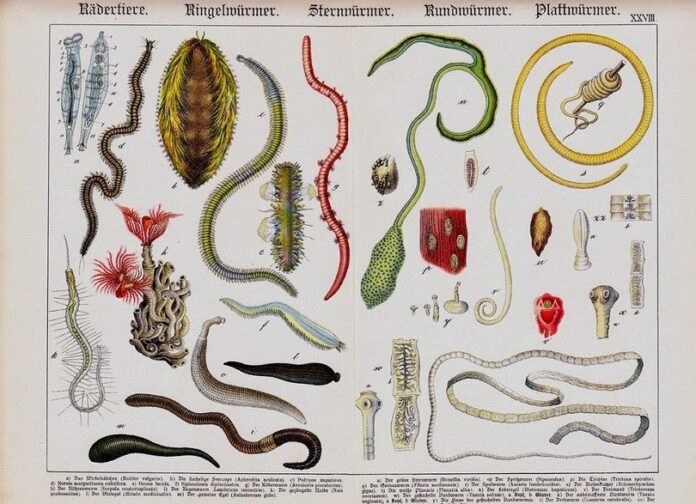 General symptoms of intestinal worms in dogs: vomiting, diarrhea, tiredness, hardened stool characterized by a very dark color, worms in vomit or in feces and so on. Hiccupping may precede vomiting, so try not to conclude that it was a result of intense hiccupping.

Although the emphasis was on hiccupping being harmless to pups and adult dogs, if you notice any of the symptoms enumerated above, then you should schedule a visit to the vet.

You might mistake hiccups with reverse sneezing or with coughing even if you are convinced that you’re not.

So, you shouldn’t risk your doggy’s health and go straight to a specialist if you have any doubts regarding your canine friend’s health condition.

Sometimes it is difficult for an expert to diagnose tricky affections, so rely on professional help when it comes to the health of your beloved canine pet.

A very normal reaction of a muscle called diaphragm from the dog’s body may contract involuntarily or, in other words it may have spasms from time to time.

If this reaction is triggered by normal factors, then it doesn’t represent any danger for the life of the pup or the adult dog. Conversely, it may be a symptom of another affection that could be serious and even life-threatening.

This is up for the veterinarian to determine and advise the dog owners accordingly. Generally, hiccups are normal and they should not be a reason of concern for any dog owner. 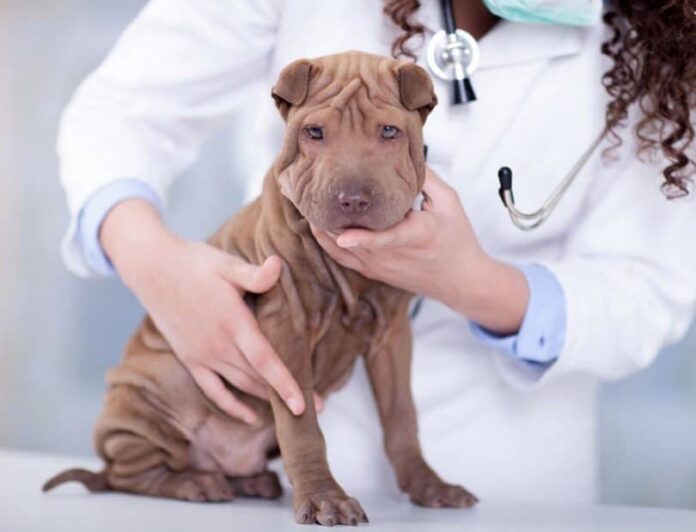 In both humans and dogs there is a saying that the animal or person in question that gets the hiccups is actually growing. This applies in case of doggies, especially for those that grow very fast in a short period of time.

Their diaphragm has to get used with the body’s new dimensions and work together with the lungs in order to keep up with its requirements.

Besides this totally rational explanation, there are a multitude of other reasons that cause hiccups and that make sense.

So, try to stay as calm as possible and view the hiccup matter from an objective point of view even if you are actually subjective when this happens to your pup! 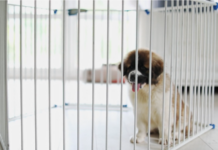 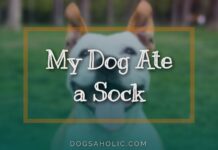 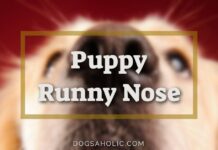