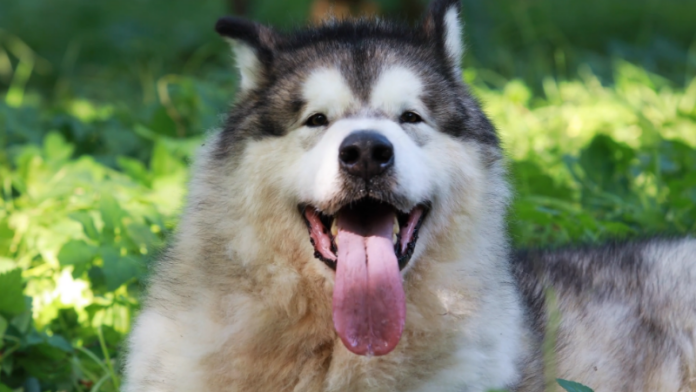 The Alaskan Malamute is an extremely powerful dog with a sturdy body that was meant for stamina and strength. It is considered one of the oldest dog breeds whose looks haven’t changed much since they’re original incarnation. They’re highly intelligent and need a job to keep them happy. Providing them with consistent leadership prevents them from taking over and becoming a challenge.

Seeing an Alaskan Malamute for the first time is quite impressive, especially for his large size and wolf-like facial markings. It is often believed that they are part wolves and are hired to play them on television and movies, but they’re nothing more than a domesticated dog. They possess tremendous amounts of strength, energy, intelligence, and endurance.

They were originally bred to pull heavy sleds over extremely long distances and to hunt seals and polar bears. However, they’re now chosen for companionship. They do exceedingly well at obedience competitions, backpacking, recreational sledding, and weight pulling.

Be wary, however; when the Alaskan Malamute isn’t paying you attention, he’s probably getting into mischief. They aren’t against raiding your trash bin, surfing your counters for food, or digging in your backyard when left unsupervised. They need to get something done often requires their owners to take more active roles in providing them with entertainment.

On the upside of that note, the Malamute will regard everyone that they meet as their friend. This does not make him very suitable as a watchdog. His size and imposing wolf-like face may scare away intruders, but that’s the only kind of protection he’ll provide for your home. 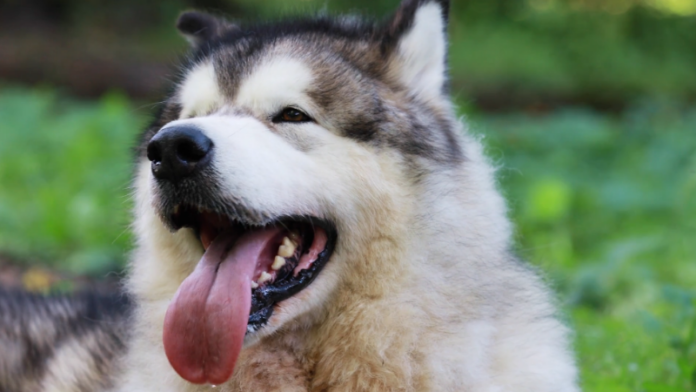 When it comes to exercise, the Alaskan Malamute does well with plenty of room and many opportunities to get in as much exercise as possible. Without it, they become quite bored and restless. Due to their independence, they can sometimes be regarded as stubborn or stupid, but their intelligence shines through with the right kind of training.

Regarded as one of the oldest Arctic sled dogs, the Alaskan Malamute crossed the land bridge from Siberia into Alaska thousands of years ago. They traveled with a tribe called the Mahlemuts, who settled in the northeastern area of the Seward Peninsula, where the breed was further developed.

These dogs were treated extremely well, and continued to thrive well into the era of the big Gold Rush. These native dogs were eventually bred with other dogs in order to create different strains. The most popular strain that still survives today was developed in the 1920s, and they were even used in both World Wars. They were officially recognized as a breed by the American Kennel Club in 1935.

Size
There is very little variation between male and female dogs. Females tend to stand about 23 inches high at the shoulder and weigh around 75 pounds, while the males are a little bit larger at 25 inches high and about 85 pounds. It’s not unusual for a Malamute to be extremely muscular and weigh as much as 100 pounds. However, the Malamute body is not designed to carry excess weight, so monitoring their diet is essential.
Personality and Character

They are extremely playful and outgoing, so it’s difficult to resist their charms. They greet everyone as a friend, and exhibit loyalty to their family. They’re pack animals at heart, so they enjoy time spent with everyone in the household; it doesn’t make them happy at all to be left out of the activities.

Temperament can be affected by training, socialization and heredity. Puppies should be curious and playful, and should be willing to approach people to be held. Early socialization is key in order to expose them to other people and animals so that they don’t become too possessive of their family members. Obedience classes as puppies also work well to round out their personalities.

Alaskan Malamutes are known for being susceptible to a wide range of conditions and diseases. Some of these are genetic and may not show any signs until well into their adulthood. It’s best if you meet the parents if you are getting your puppy from a breeder.

Care Features
The Alaskan Malamute is known for being a task seeker. He thrives well with long walks, going on hikes, pulling a person on skis, carting, sledding, and any task that gets him up and outside. Running and playing is what makes him most happy. Insufficient exercise will cause him to become bored, and that can lead to destructive behaviour. Whatever exercise you do give him should match his age, energy levels, and health condition.

As they are known for being diggers, but it’s a difficult habit to break. Instead of trying to curtail him, provide him with his own spot to dig in the yard, such as a sandbox or any other area that you don’t mind being destroyed.

With his thick double coat, he can do well outside in extremely cold climates. However, this doesn’t mean that you should let him live out there forever. Provide adequate shelter so that he can warm up when he needs to, preferable with a roof on it. They do best in the house, however, where they can live with their pack and engage in the family activities. They are quite easy to housetrain, so they adapt very well to being indoor dogs.

They are very sensitive to heat, however, and should be provided with plenty of shade, lots of cold drinking water and air conditioning while they’re inside during the summer months. Avoid exercising outside in order to avoid them succumbing to heatstroke.

Feeding Schedule
Malamutes tend to be overfed, especially if they’re not getting the amount of exercise that they should be. They’re bred to be sled dogs, so they’re used to lots of rigorous work to burn these calories.

Four to five cups of food is the recommended daily amount of food, but this can be increased or decreased depending on your dog’s age, activity levels, and metabolism. If you do notice that your Malamute is gaining a bit of weight, then either dial back on the amount of food being provided or increase his activity throughout the day to help him shed those pounds.

When it comes to the Alaskan Malamute, you’re going to have your hands full in terms of grooming. He has an extremely dense double coat that keeps him warm in frigid temperatures. This may seem very beneficial, but when it becomes warmer, he sheds this coat to cool off, and that means that all the fur ends up on your carpets, furniture, and clothing. The undercoat itself is one to two inches deep, so there’s a lot for your dog to lose. It can be oily and wooly in texture in order to keep out the wet and cold. The outer coat should be long or very soft, so that he can trap warmth in.

The length of the coat increases around the neck and shoulders, along the length of the back, over the rump, along the thighs, and on the plume of the tail. The tail should have a corkscrew appearance that allows him to place his tail over his nose when he curls up to sleep. This helps to keep his face warm so that he’s not constantly inhaling cold air into his lungs.

The coat can vary in a range of colors, from light grey to black, sable, and various shades of sable to red. The underbelly should be mostly white, along with the feet, parts of the legs, and face markings. It’s typically the only solid color you’ll see on a Malamute, and many of them may even have a striking white blaze on their foreheads or around their necks.

Due to their copious amounts of shedding twice a year, you’re going to be doing a lot of vacuuming. Regular brushing sessions once to three times a week outside will help to minimize the hair that you’re finding in your home, and will help to distribute the natural oils so that their coats look their best. A slicker brush or undercoat rake works best to remove all of this hair. The great thing about the shed hair is that it’s completely odorless. They have almost a cat-like tendency to groom themselves in order to keep their coats clean. Baths are rarely ever needed, and should only be done about once or twice a year.

When you are grooming your dog, it’s important to check his body for sores or any rashes that may be present on his skin. Even with his thick coat, it’s possible for sharp objects to get through and puncture his skin or cause an allergic reaction. Be on the lookout for signs of inflammation on the skin around his nose, eyes, feet, and mouth.

When it comes to their teeth and ears, regular checking should be done to ensure that they’re in good health. Teeth brushing should be done at least two to three times a week to remove tartar and unnecessary bacteria. His ears should be checked on a weekly basis to remove dirt and look for signs of infections. A cotton ball and special cleaning fluid should be used to keep the ears clean. Never insert the cotton ball into the inner ear canal; only use to clean the outer ear. If they feel warm or there are signs of discharge, then you should take him to the vet immediately.

His nails should be trimmed once a month if he isn’t wearing them down himself when he’s outside digging. Be sure not to cut them too short, or you can cause bleeding. It may be best to have them trimmed at your vet’s office or at a professional groomer’s if you’re wary of doing them yourself.

Children And Other Pets Compatibility
Alaskan Malamutes actually do quite well with children, and they adore the attention that they receive from them. With their size, however, it’s quite easy for them to knock children over, and even as puppies can easily overpower any child under the age of five. Teaching them to get along with other dogs within the home requires a lot of supervision. He is likely to chase those animals that are a lot smaller than him, so being persistent with training is a must. Outdoor cats and backyard animals are considered fair game to him and won’t give up until he’s caught them.

When it comes to the Alaskan Malamute, you’ll have a loving dog who can be a bit of a trickster if you’re not careful. He’s likely to jump at any opportunity to steal a snack or a treat around the house, whether it’s from your counters or your garbage cans. Take care to make these dogs proof, or spend time training him to leave these tempting treats alone.

Don’t succumb to that happy doggy smile; that’s what he wants you to do, so that he feels he has free reign of the home. But by providing with plenty of exercise and mental stimulation, he’ll accept his place within the home and will do nothing more than to see you happy. 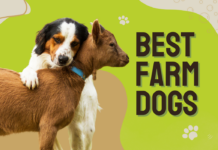 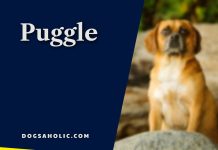 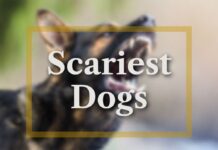