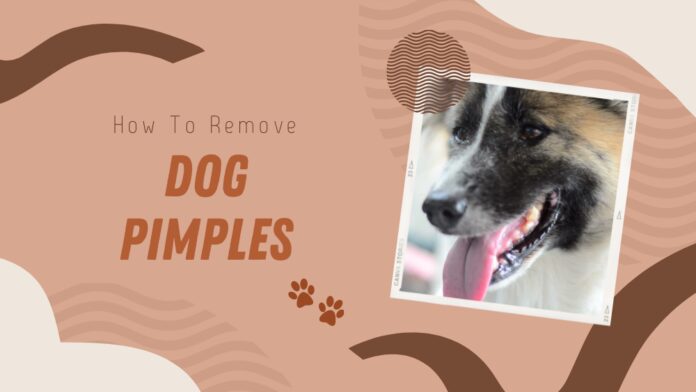 Acne is a common affection among dogs that appears especially during puberty. Even if it is an unpleasant disorder, it disappears quickly if you take care of it accordingly.

However, dog pimples can become painful and a simple acne form might lead to the development of severe forms if it is not getting the right amount of attention.

The usages of creams and ointments, as well as maintaining a satisfying hygiene are essential in this situation.

Removing your pet’s puberty signs doesn’t take too much effort from your side. Your canine friend’s skin should stay clean or go back to being clean if you simply follow a few hygiene steps and limit its access to areas that are full of bacteria or fungus.

Although acne might not sound like something serious that needs immediate attention, it actually is. A dog might look silly with pimples on its face and it can remind you of yourself during puberty, but try not to get carried away when it comes to its health.

This is an affection that doesn’t take too much involvement or spending a lot of money on treatments.

It can, however, turn into an affection that requires expensive treatments if it is ignored or postponed for later attendance. A doggy with clean skin feels much better than one with pimples on!

Just as humans get acne, so do dogs. Dog acne is a benign disorder that, in most cases, lasts for a very short period of time. It appears when their hair follicles get irritated and it is most common in dogs with short furs.

When their hair follicles are irritated, pups feel a sensation of discomfort and they want to scratch the affected areas. Usually, a dog has acne during its puberty phase, more specifically around the age of 5 to 8 months, depending on its breed.

There are rare cases when it occurs in dogs that are older than one year. If it persists, the intervention with special shampoos and drugs is necessary, as well as the administration of estrogens and tetracycline when the cause is hormonal.

Just like other medical issues, this one has multiple causes and multiple treatments that don’t fit for every cause. Therefore, the advice of a specialist is not optional, but mandatory.

Acne is a skin condition. It is produced by staphylococci and streptococci after a dog’s skin is injured because of mechanical factors, chemical factors or pathological disorders with diverse etiologies, which lead to a decreased immunity system and favor the occurrence of acne.

It affects a dog’s hair follicles and sebaceous glands and it manifests locally, on a dog’s head, limbs, but also throughout its body. It can be superficial or deep.

A pup’s chin is the most frequent place where acne begins to form. Its snout and genital area are also prone to the appearance of acne. The pimples that dogs have look very similar with the ones humans have.

They look like small bumps filled with pus. Draining them is not recommended because doing so the acne might spread on wider areas.

Remember that what is good for humans is not always good for your dog. The areas with acne from a doggy’s body might redden, get swollen and, often, the skin around the pimples exfoliates and looks like dandruff. 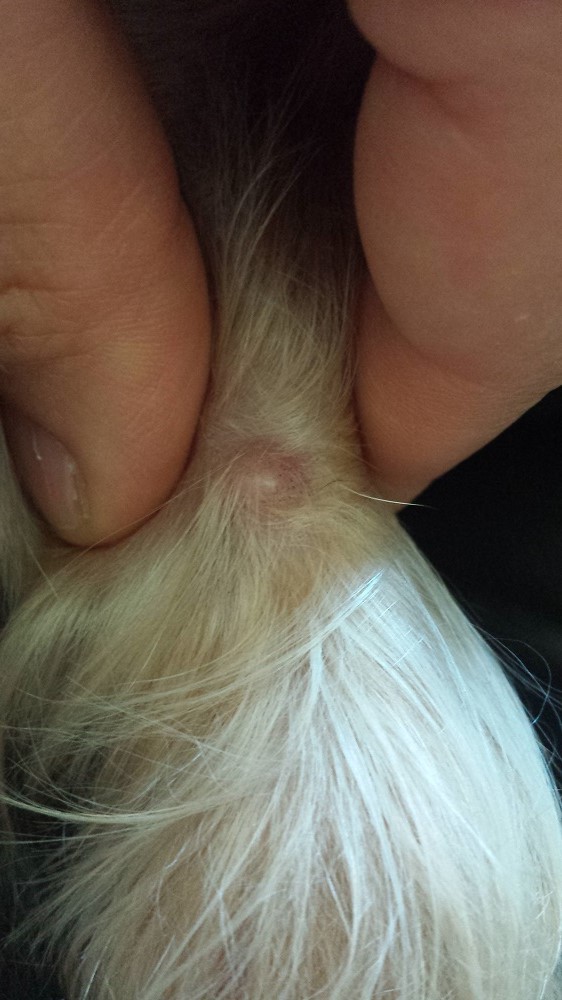 In most cases, the acne forms that occur in dogs are not severe and disappear until they celebrate their first birthday.

However, this problem can return several times until it is cured for good. The complications include fungal infections or infections with other types of microorganisms, which can generate the appearance of boils in the already affected areas.

Your pup’s anniversary can be pimple-free if you attend to this issue as soon as it appears. Having lovely pictures of your dog from its first birthday is a memory to value.

If you would have to look at them and always remember that you pup had a skin condition back then, you might not be too pleased.

SYMPTOMS FOR BOTH TYPES OF ACNE

As a reaction to lesions, the hair follicles break, fact which leads to the appearance of lumps that have firm consistency. They can remain intact or they can spontaneously open towards the exterior of the skin.

In severe cases, the clinical symptoms include the expansion of the lesions around the dog’s upper lip.

In addition, a pup can feel pain if its acne has a serious development. Otherwise, there is just a mild sensation of itchiness that can be handled by any doggy.

You need to know that only the topography of the pup’s skin’s lesions and a complete clinical examination will allow the establishment of a diagnosis by a vet.

CAUSES OF SUPERFICIAL ACNE IN PUPS

The causes of superficial acne in pups are not known in depth and they are varied. The veterinarians think that bacterial infections and trauma are both factors that can trigger acne eruptions. Also, a pup’s hormones play an important role because this affection is common in dogs during their growth phase.

While a person lives years until he/she gets acne, pups only live for about half a year until they must face this uncomfortable skin condition. However, just like helping a kid, a dog’s owner can help his/her best canine friend in ways that are accessible and easy to apply. The treatment options are not very different from man to dog. They have different ingredients and sometimes similar ones, such as the salicylic acid.

Regardless of the cause, the combination of oily sebum and dead skin cells is always bad because it causes the inflammation of the hair follicles.

This is exactly what leads to acne. The sebaceous glands continue to produce and secrete sebum even after the hair follicles start to get inflamed. The inflammatory process worsens in this particular case.

The skin becomes red, the fur begins to fall and the infections start to produce serious skin lesions.

As you can see, except the fur falling off, the process is similar to what happens to humans. However, dogs have no problem with the aesthetic aspect of this medical issue, but no power over it either.

TYPES OF DEEP ACNE IN DOGS

Acne in dogs can be superficial or deep. Before becoming a deep type of acne, it always begins with a mild form.

A deep type of acne is usually the result of an infection with staphylococci. The lesions produced by these affect deeper layers from a pup’s skin. Depending on the area where it spreads, deep acne can be classified as it follows:

Before the vet establishes a treatment, he/she must first consult the pup and determine whether or not it has acne or other medical issues that have similar manifestations, such as scabies, ringworms or allergies.

The skin cytology is performed in order to evaluate skin infections, detect fungal cultures and bacterial cultures, as well as the pup’s sensitivity level.

The tests for skin cytology are based on acetate bands, so they are not at all intrusive for your beloved canine friend. 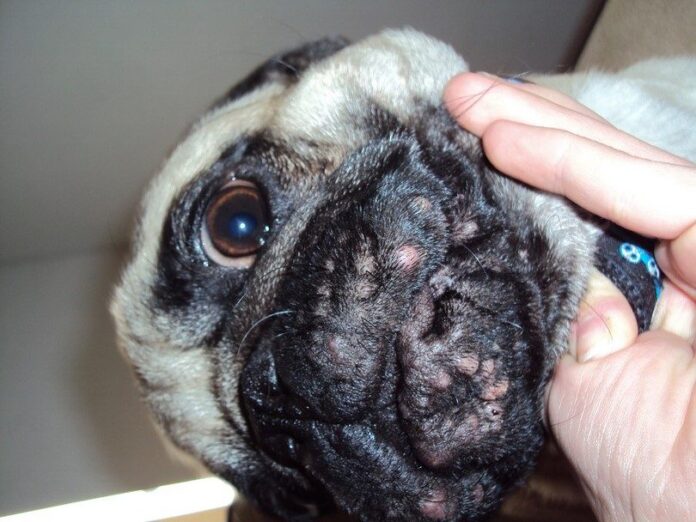 If the results to this test are not conclusive, the vet might recommend other tests in order to evaluate the affections that might generate acne.

Although this might seem like a long process that is time consuming and expensive try not to start a treatment that wasn’t prescribed by a vet.

For treating acne, one should only use medication prescribed by a specialist because a pup’s lip skin is really sensitive and it can deteriorate at an intensive rate if it is exposed to strong solutions.

As an owner, you might be tempted to buy the strongest product on the market and that is definitely not a good thing to do.

The purpose of acne treatments is to solve the pup’s discomfort, making it bear with its condition a little longer until it heals, not to make it worse.

At the same time, the acne treatment should eliminate the bacterial infections and the fungal infections that were responsible for the occurrence of acne in the first place.

Often, vets recommend the shortening of the pup’s fur around the affected areas. This is because the applied creams or ointments react better when there’s no hair laying in their way.

This is a major change from the appearance’s point of view, but looking on the bright side, your pup doesn’t care about its appearance and neither should you; at least not when it has a medical condition that needs attendance.

Mild acne cases can be easily treated with the help of shampoos that contain benzoyl peroxide. Also, some vets prescribe benzoyl peroxide gel along with the shampoo or sometimes separately, depending on the severity of the acne.

This gel must be applied directly on the pooch’s affected areas. Do not be afraid to apply treatment on your dog’s wounds.

It will hurt for a short while and then it will feel much better.

There are less mild cases when the pup needs more than those. Antibiotics are a solution and they can easily be combined with its food.

However, every dog owner should make sure the pooch is actually swallowing them while it eats. 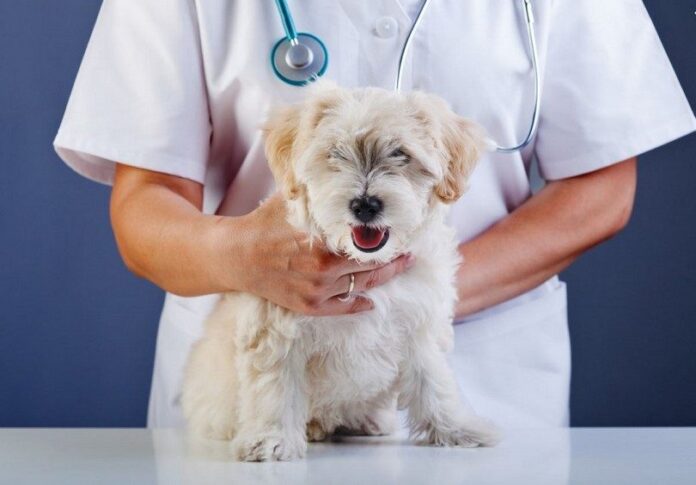 Other local treatments consist of skin asepsis (cleaning the wound with disinfectants), rigorous grooming, the application of solutions and ointments that contain antibiotics, anti-inflammatory medicine and antiseptics too. The antibiotics based on penicillin are only administered in severe cases.

Usually, the recommended anti-inflammatory medicine is based on glucocorticoids.

Since a dog with acne might scratch itself a little too much and cause further damage to its skin, one can relieve its itching sensation and irritation with a common warm compress applied on the affected areas.

This compress must be changed as soon as it gets cold.

If the vet doesn’t recommend a specific shampoo or he/she just tells you what it is supposed to contain, you can find three of the most utilized shampoos for dogs that have acne by other dog owners described below. 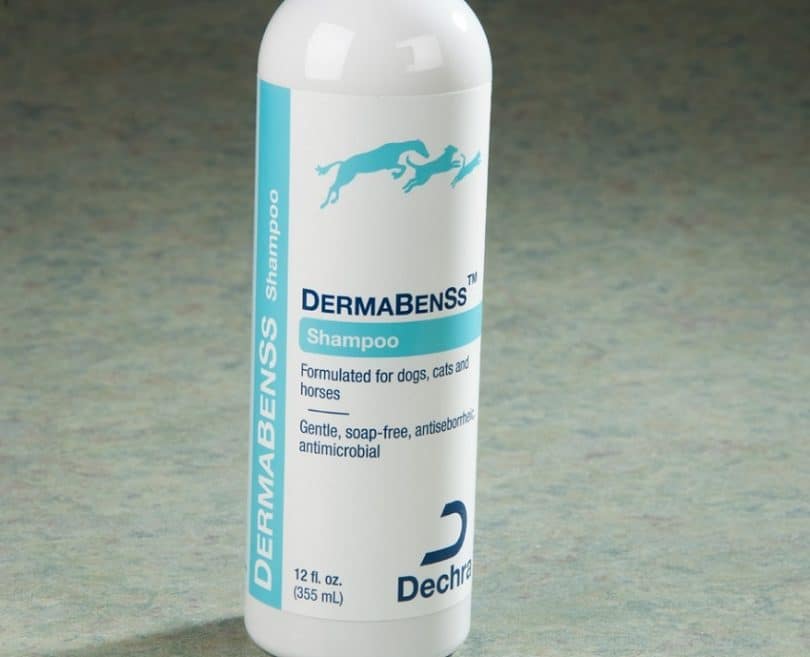 These have guidance purposes only.

The main conclusion here is that most dogs that suffer of acne heal fast. Acne doesn’t get to leave scars on their skin or to produce other physical or mental damage.

Almost every mild case of acne heals spontaneously even without treatment. However, if this affection gets worse, seeking medical attention should not be delayed.

Moreover, you can protect your canine pet from harmful situations if you keep it in a clean and disinfected environment from the moment you notice it has pimples.

Letting it get in touch with the normal places where it goes would only make its situation worse because it will not be bacteria-free or fungal-free for as long as it would need to be.

So, its wounds would not heal as fast as they should. A pup with pimples doesn’t have the strongest immune system because its body is fighting against possible infections, so don’t rely on that when it comes to taking your dog out for a walk. 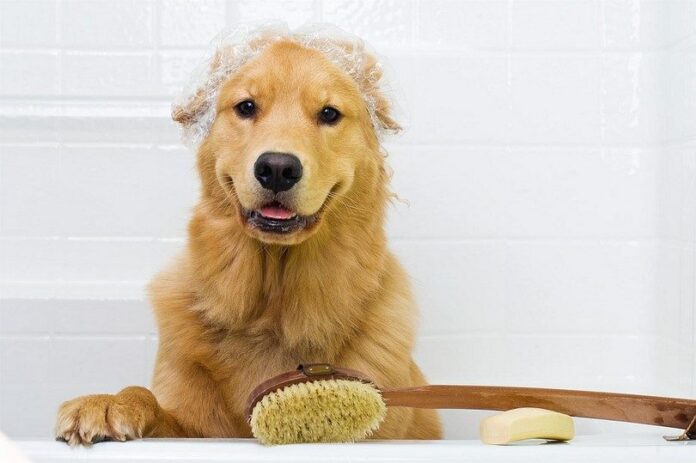 A dog with acne should not have intense activity while it is suffering from this skin condition. This is a self-limiting condition that will not last for a long time, so sacrificing for a short while is necessary.

Its health should be controlled from home. Following the vet’s instructions should be easy enough especially if your pup doesn’t get dirty and stays disinfected inside the house.

Washing it and applying ointments on its pimples are steps you should get used to until it gets rid of acne. In this way only you will be able to keep it away from complications and ensure it will not have scars when this puberty nightmare will be gone. 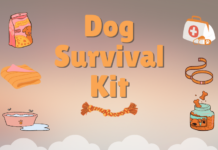 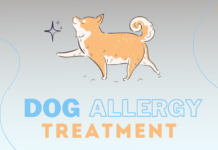 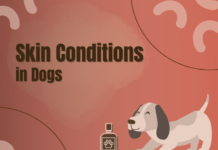 Skin Conditions in Dogs – Everything to Know About Fido’s Skin